Mental illness, suicide and depression have been everywhere on broadcast and online media in the last week due to the tragic deaths of Kate Spade and Anthony Bourdain. The reality of changing careers by choice or by force can put many of us on a shaky limb with our mental wellbeing. Let’s address some of the reasons why and some factors that can help steady the course of big changes.

In my experience, money is the first factor that shakes one’s stability in the career transition journey. Even people with ample savings or the ability to start retirement (although not their preference) get anxious about finances when facing a change in job or direction. 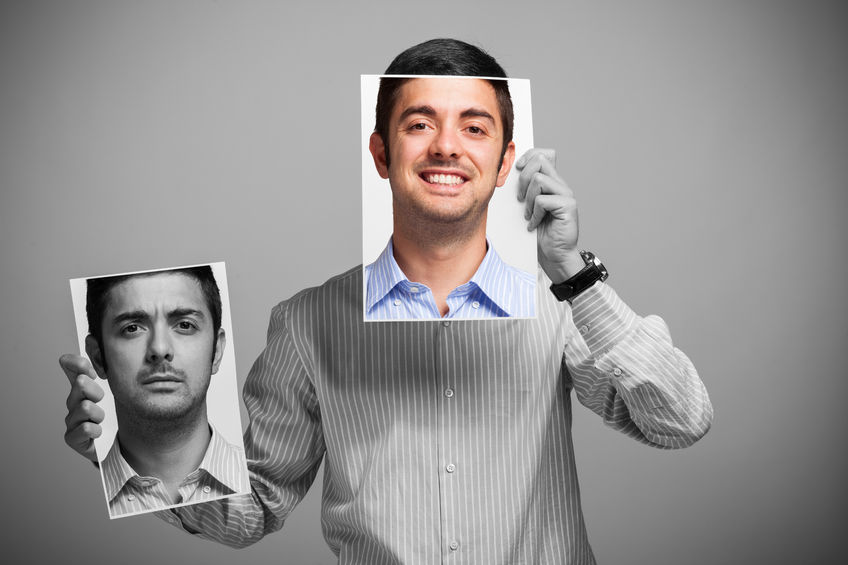 Add uncertainty which in and of itself can set people off. Then throw in the identity crisis which creeps in from even considering giving up a role that has defined for decades, and you have a fertile breeding ground for emotional disruption. Change, for most people, is no picnic. But, that doesn’t have to be a deterrent to making one.

Richard came to work with me recently after being let go from a high paying job. He had enough money to retire if he had to, but he wanted a few more years of earning a top income to feel more secure. The opportunities, however, were not showing up and the truth was, we discovered, he had no motivation to pursue them. He was feeling down.

The lack of motivation was due to really wanting to do something more fulfilling, but he didn’t see any way for his interests to equate to any salary remotely close to what he was making. The result? Complete paralysis.

Through the Now What?® Life Story process Richard began to see what he wanted to weave back into his life. However, his mood did not automatically improve. He still found more reasons to doubt a happy outcome than to believe in one, and he couldn’t see beyond his doubt. Music and songwriting was a long-gone passion that he wanted back in his life, but he knew he was not going to be a more than-middle-aged rock star so just as quickly as some excitement showed up, his spirits were quickly dampened.

Before one particular session, I had an intuitive inkling to mention to Richard an idea about an artistic space where music recording, lessons, and performances could all take place. As soon as I did, the light bulbs started going off! One thing led to another, and as I write this he is exploring a few opportunities to do something along these lines. Some already existed and others he would need to raise some funds for (which he can certainly do)! He also took on another creative project or two , and his spirits are lifting tremendously.

Richard and his wife decided to downsize their home to make their finances more comfortable. And, as sometimes happens, an opportunity to do some of his old work without a stressful full-time job showed up as well. Things are still in flux, but the darkness has dissipated. There is a light at the end of the tunnel.

How do you do this yourself?

First, don’t go down the path of thinking that he has money and you don’t. I’ve seen results like this without financial freedom. Secondly, decide which “wolf to feed.”* Do you want to keep dwelling in dread or do you want to invest in possibilities – things that just may work out?

Like all my clients, once clear on some possible angles, Richard took small step after small step to talk to people, network, ask questions, and follow the leads where they took him. You can do this too.

Here are a few tips:
● Take extra good care of yourself—sleep, drink plenty of water, eat right, take walks, whatever is right for you, do it.
● Gather support—don’t go at it alone. Engage someone to hold you accountable, have cheerleaders, join a group of like-minded folks and make it happen together.
● Maintain rituals– the things in your life that work and comfort you and do more of them, whether it’s journaling, exercising, weekly dinner with particular people, etc.
● Take small steps—Small steps are more easily attainable, they get you moving forward, and when they bear fruit, they encourage you to take more.

To keep emotions and fears from eating you up, to navigate the lack of structure that comes from being out of work, and to stay mentally fit, try some of the above. If you’re suffering or feel afraid of your own feelings, please do get help. Here are some helpful resources for those in need.